Quicklet on Chuck Pfarrer's SEAL Target Geronimo: The Inside Story of The Mission to Kill Osama Bin Laden by Tom Szollosi

ABOUT THE BOOK Chuck Pfarrers book is a departure from the norm. It claims to be the first authoritative, inside account of legendary Navy SEAL Team Six, a group so elite that fellow SEALs call them Jedis. It is also the first time details of a SEAL operation have been made public. Previously, such information was secret. Because the SEAL Teams were created, along with the Armys Green Berets, at the direction of President John F. Kennedy, this book breaks a silence held dear by SEAL personnel for half a century. Not everyone approves. US Special Operations Command spokesman Col. Tim Nye has said... Its just not true. Its not how it happened. Even more accusatory, Nye also says its a lie and factually far off the mark. MEET THE AUTHOR Tom Szollosi graduated from UCLA in 1972 with a degree in English Literature. After a short stint in advertising, he wrote for television beginning in 1976, and has continued to the present, logging over 100 episodes of both drama and comedy. Tom has also written five motion pictures, four novels, and taught screenwriting at UCLA Extension for six years. Tom loves baseball, writing, books, and politics, though not necessarily in that order. Most recently, he has been exploring the world of e-books. He is married, has two sons, and lives in Los Angeles. EXCERPT FROM THE BOOK The training period to earn a Navy SEAL qualification of combat swimmer, is two-and-a-half years. In addition to this, SEAL Team Six operators have decades of experience, all of which came to use at Abbotabad, Pakistan, on May 1, 2011. On this date, Navy SEALs leaped from helicopters into the high-walled compound of Osama bin Laden. No one in Abbotabad imagined Osama bin Laden was being interdicted, because no one knew he lived there. Nearby, the large military base where many of Pakistans highest ranking officers were stationed was caught unaware. Their secret guest had been found. CHAPTER OUTLINE Quicklet on Chuck Pfarrer's SEAL Target Geronimo: The Inside Story of The Mission to Kill Osama Bin Laden + About SEAL Target Geronimo: The Inside Story of The Mission to Kill Osama Bin Laden + Author Chuck Pfarrer: A Proud Brother Keeps The Faith + SEAL Target Geronimo: Chapter by Chapter Summary and Analysis + Important People + ...and much more Chuck Pfarrer's SEAL Target Geronimo: The Inside Story of The Mission to Kill Osama Bin Laden 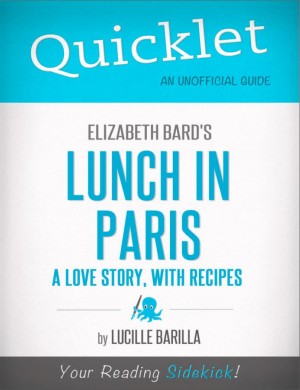 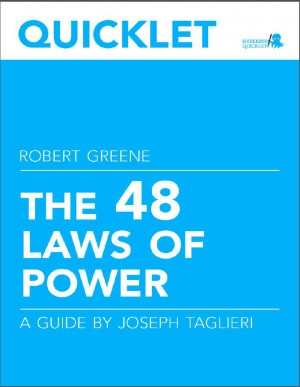 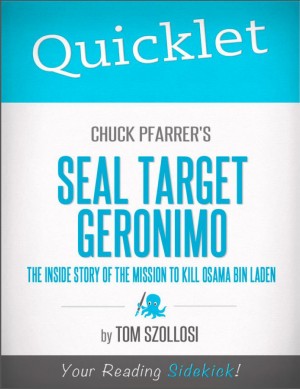 Quicklet on Chuck Pfarrer's SEAL Target Geronimo: The Inside Story of The Mission to Kill Osama Bin Laden
Tom Szollosi 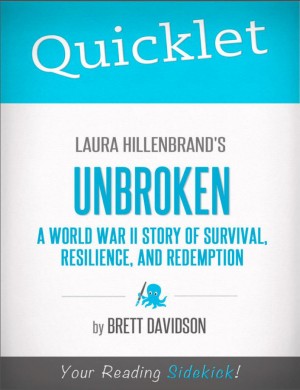